3D Printing: Is it for you?

It seems the whole world is abuzz with talk of 3D printing. Every day there seems to be some great new breakthrough or some great new application for this emerging technology. Is it all just hype or will 3D printing really take over the world? And, more importantly, is there a place for Irish printers at the 3D printing table?

Could 3D Printing be the next string to your bow?

It's been around since the 1980's when Chuck Hull first pioneered the process. Back then he called it stereo lithography. For almost 3 decades, this revolutionary technology was largely restricted to the manufacturing sector where large expensive machines where used for rapid prototyping.

Recently though, there has been a wave of breakthroughs in terms of size, cost, speed and accessibility. 3D printing is now popping up all over the place, with new headline-grabbing applications and fantastical uses being identified every day. You've probably heard about the 3D printed guns, the aircraft engine parts and the human organs.

With all of the hype, you'd be forgiven for thinking that we are just days away from a shiny sci-fi future where everything we need will be created from thin air by some spacey, Star Trek-type replicator. Well, not quite but 3D printing is pretty amazing.

What is it though? How does it work? And what's this got to do with your printing business?

What is 3D Printing?

Well, first things first. What is 3D printing? Basically, 3D printing is the catchier name given to a process called 'additive manufacturing'. Unlike most traditional forms of prototyping and modelling which involved a destructive or subtractive process, with base materials being carved, chipped, stripped or otherwise broken away from a larger piece, 3D printing involves building three dimensional objects from the base up by printing layer upon layer on top of each other and binding them together.

How does it work?

3D printing is a term that is applied to a whole range of technologies that all utilise this additive, layered approach to building 3D objects from the ground up. The various types of 3D printing methods are generally catoegorised based on the materials that they use and the methods used to bond those materials together. Here's a quick breakdown courtesy of Wikipedia:

In terms of widespread consumer use, 'extrusion', 'wire' and 'laminated' are the types you'll probably hear the most about in coming years. This is certainly the way that most of the lower-cost machines which are being sold today have gone.

Who is doing it?

At the moment, 3D printing already has a wide range of applications and the number of new uses is growing by the day. 3D printing is no longer the  preserve of large manufacturers with massive machines looking for a quicker, cheaper way to produce prototypes and samples. Now, 3D printing is moving into the mainstream.

Industrial uses for the technology persist. Rapid prototyping is still a major application and the production of simple spare parts is another growing application. Rather than having to create a minimum quantity, store and then ship small, obscure spare parts around the globe, some companies are using 3D printers to produce them on demand wherever and whenever they are required.

Outside industry, a flurry of simple, affordable 3D printing machines are allowing hobbyists and other enthusiasts to bring 3D printing into their own homes and workshops. Rings, necklaces, earrings, cufflinks, doorknobs, coat hooks, statues, ornaments, phone covers, hand tools and a whole heap of other simple objects are being 3D printed by designers and hobbyists across the world.

This growth in 3D printing, is largely due to the availability of cheaper machines, affordable materials and the increasing access to design files and software. A decade ago the only 3D printing machines available were large industrial units that cost hundreds of thousands of euro, now budding 3D printers can get started with a desktop system like the MakerBot Replicator 2 or the CubeX for a couple of thousand euro.

We are a long way away from 3D printing replacing traditional methods of mass production and it will be some time before you see a 3D printer in every home but with the market growing by an average of 29% year on year you will definitely hear more and more about 3D printing in the years to come.

What's in it for you?

It all sounds very exciting and futuristic. Great for big manufacturers and enthusiastic hobbyists but what will 3D printing mean for your print business in the next few years. Well the market is still in its infancy but there are opportunities for printers right now.

3D Printing as an on-demand, online service is already taking off. With sites like i.materialise.com and shapeways.com offering users the ability to upload 3D designs for printing and delivery, there is no reason why Irish printers could not start offering this as a service for new and existing clients. Add in a website and the ability to upload and modify designs and you could even attract business from individual consumers.

In recent months, office supplies giant, Staples, has signed a deal with Irish outfit Mcor to supply 3D printers for use in their stores. Mcor Technologies are a great Irish success story. Their 3D printer, the Mcor Iris, uses sheets of normal copy paper to produce full colour 3D models. For a company like Staples who have an established supply of copy paper, you can see the attraction. As the traditional demand for paper falls, Staples, are keen to find new uses for one of their main revenue generators. Using the Mcor Iris to deliver 3D printing as an on-demand service in their stores is a new way to get customers to pay for paper.

A lot of Irish printers will already have established relationships with advertising and promotional agencies. These guys love being ahead of the game. They thrive on presenting fresh new ideas to their clients. Offering them a 3D-printing service could open up a whole new world of creative possibilities when they are pitching for business. Irish printers could help them to quickly create a prototypes and samples of physical promotional items. Even if the eventual promotional item has to be mass produced overseas, this would be a premium service that could generate very handsome margins and would go a great way to strengthening the relationship.

Many of our print clients already offer promotional printing with machines like the Roland LEF-12 and LEF-20. These printers are great for customising real-world objects like trophies, key-rings and phone covers. Imagine being able to print the actual phone cover too rather than just printing on a mass-produced one. No more minimum order quantities. No more forking out on thousands of phone covers that you may not use. Simply, print the cover for the model you need as you need them. At current 3D printing speeds, you're not going to be able to churn out thousands of phone covers but people will pay handsomely for the oppotunity to have a completely unique item. That means a very respectable margin even if the volumes are low.

So there you have it. They are the basics of 3D printing and a few of the possible ways that Irish printers might get in on the game. We reckon that as machines get faster, more affordable and 3D design software becomes more accessible to novices, this is an area that is set to keep growing. What do you think?

Is this a service that you see many Irish printers offering 3 years from now? Let us know what you think by leaving your comments below. 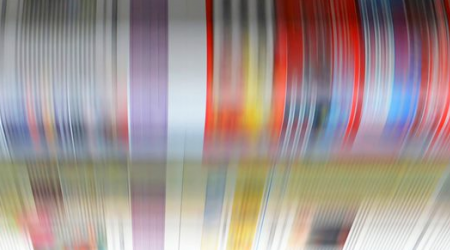