Me & My JETRIX - Irish Printer Magazine

Super wide printers aren’t just for those with significant budgets to spend on new kit. This newcomer is shaking things up and opening the market to a larger client base. Large format JETRIX printers are manufactured by InkTec and sold in Ireland through Neopost. Xtreme Signs and Graphics has acquired the JETRIX LXRi320 Roll-to-Roll LED-UV printer and has already started to reap the benefits for its business.

You don’t have to talk about the JETRIX LXRi320 for long to understand the huge benefits it brings to wide format printers in the market. A 2.5m x 3.2 metre full colour print can be completed in around 20 minutes in photorealistic quality. This is because the LED ink is placed on top of the media and doesn’t sink into it – giving the print an added vibrancy and preventing cracks. Pierre Phieffer is the owner and Director of Xtreme Signs and Graphics based in Dublin 12. Until recently, Xtreme Signs and Graphics was using a Chinese manufactured eco-solvent, low end, entry level machine for 3.2 metre prints. This machine was slow, causing a bottleneck in production and change was sorely needed if the company was to continue meeting the strict and demanding deadlines asked of it. 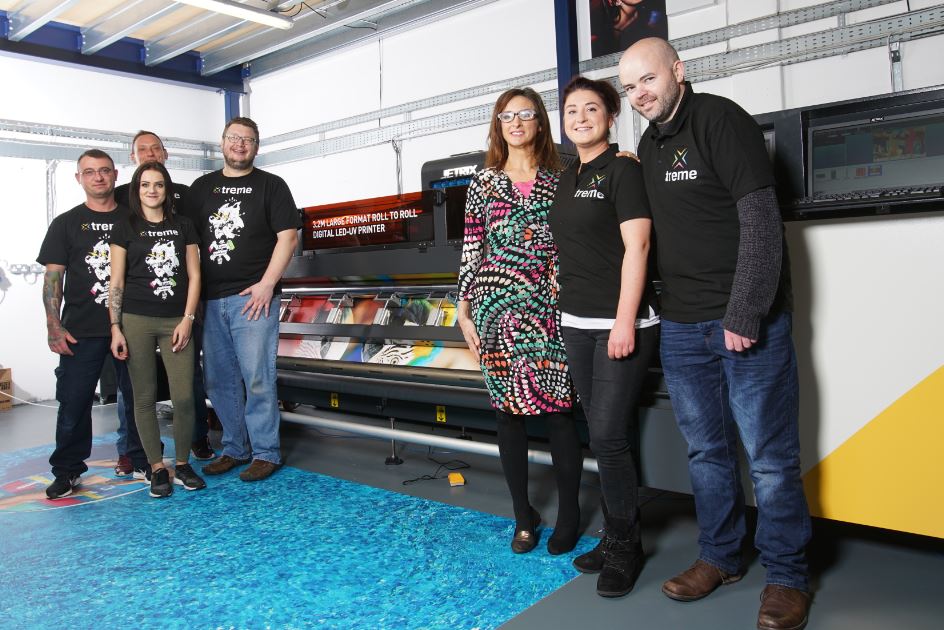 "Our capacity and the opportunities we can now offer have increased substantially from what we were previously doing."  - Pierre Phieffer, Owner and Director, Xtreme Signs & Graphics

Pierre contacted Fergus Byrne, a trusted supplier from Neopost Ireland, who recommended the JETRIX range. Together they travelled to the FESPA Global Print Expo in Germany and while there, spent time at the JETRIX stand. Pierre was interested in the latest roll-to-roll machine which was still in testing at InkTec’s global base in South Korea and together they travelled to South Korea for a demonstration. Pierre explains that “within five minutes we knew it was perfect. It was exactly what we were looking for.” Pierre had brought samples media to South Korea, tested them on the machine and brought them back to Ireland to make sure there was no stretching or ink cracking which can be a problem. 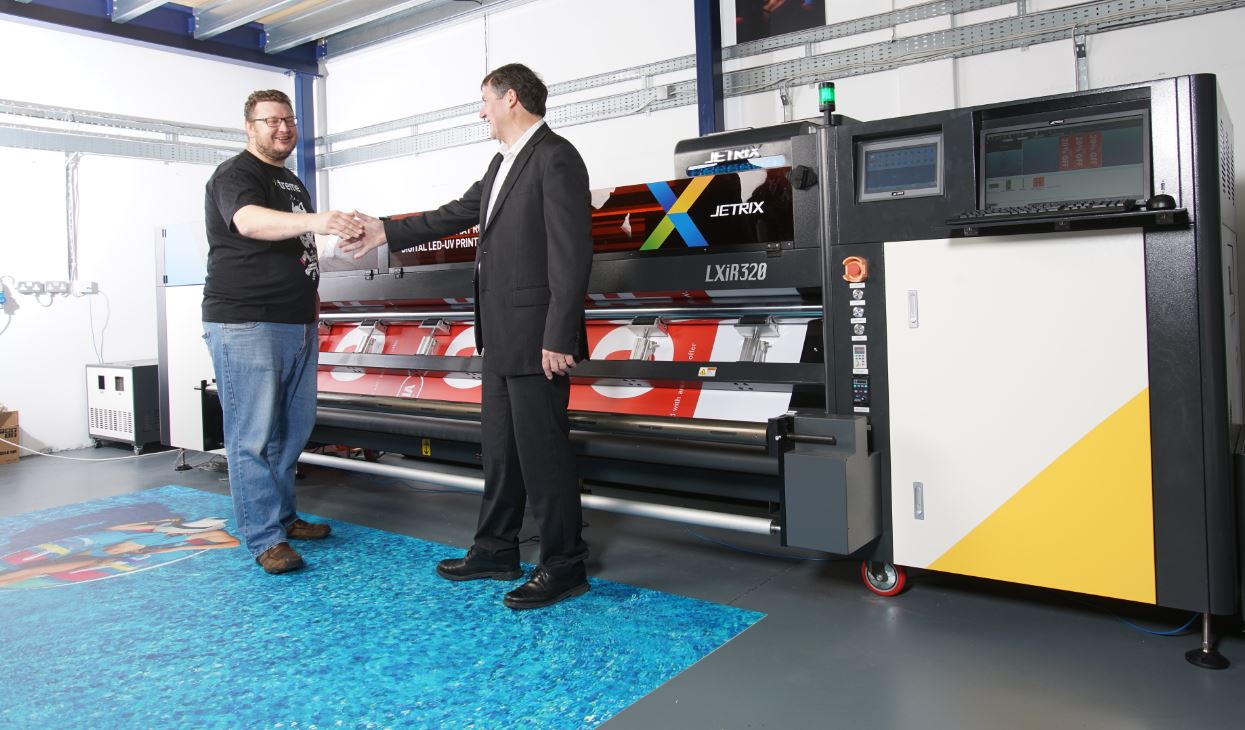 Happily, everything worked fine and the order was placed almost immediately through Neopost. “The installation was seamless and flawless. We were extremely satisfied. The support from JETRIX and Neopost was outstanding and since then it’s been printing away no problem,” said Pierre. Previously, a 3.2 metre wide print would take several hours to complete, clogging that machine up for the entire time period. “Now we’re realising a 400% increase in productivity,” Pierre says. Xtreme Signs and Graphics’ bottleneck has been moved from the printer – significantly improving the speed at which the company can produce print jobs and fulfil orders. “Our capacity and the opportunities we can now offer have increased substantially from what we were previously doing.” 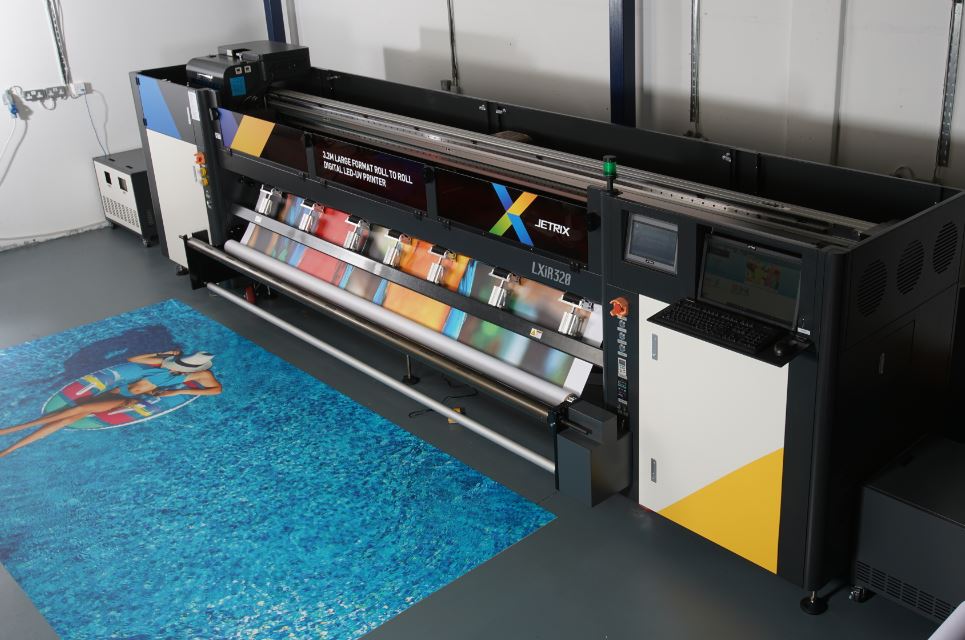 More frequently customers want speedy, next day or in some cases same day turnaround and will shop around until they find somewhere that makes that possible. Meeting those standards are possible with the JETRIX LXRi320. It also comes with a profile package which Neopost provides, that profiles the media ensuring the colours come out as they should, eradicating the requirement for expensive reprints. Xtreme Signs and Graphics recently sent 100 panels to a show and none came back incorrect. The use of LED ink also makes the print quality from the JETRIX LXiR320 far superior. Previously, ink would not have always adhered well to the media which can cause it to crack. Therefore, the texture of the media would have had a bearing on the colour, potentially dampening the whole print. The JETRIX LXRi320 is available throughout Ireland from Neopost Graphics. It is ideal for wide format print companies who want to speed up their printing service while not compromising on quality.

The JETRIX LXRi320 is available throughout Ireland from Neopost Graphics. It is ideal for wide format print companies who want to speed up their printing service while not compromising on quality.